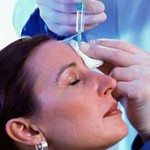 As you make your plans to visit a Houston cosmetic surgery center, you may not realize the extensive history behind Botox. This medication was discovered in the middle of the 1960s by Dr. Alan Scott. At the time, he was looking for a way to fix crossed eyes by paralyzing the muscles involved. Before long, he realized that a purified strain of botulism was able to do the trick. Dr. Scott named the drug Oculinum originally, but the name was later changed to Botox. After getting the drug approved by the FDA for crossed eyes, it was quickly discovered to be effective at paralyzing wrinkles as well. Today, Botox is used by people across the world for smoother faces and fewer wrinkles. Other than the obvious use of this drug, there are a number of other surprising benefits associated with Botox.

The most obvious use of Botox at a Houston medspa is for the treatment of wrinkles. Originally, this was an off-label way to use the drug during the 1990s. As it grew in popularity, the FDA officially approved it to treat wrinkles in 2002. In 1997, Botox was so popular that the United States ran out of the drug.

A gummy smile is technically a type of smile that ends up showing too much of the gums. This is because the upper lip moves higher above the teeth during a smile than it normally would. By injecting Botox into the top lip, the muscles are weakened so that the lip does not rise up as much. It typically lasts for four to six months, and it only takes five minutes to do the procedure.

During the 1990s, researchers began to realize that Botox could treat other medical conditions. Since Botox is able to confuse the nerve endings, it can stop the sweat glands under the arms from producing too much sweat. Normally, you need to sweat to stay cool. In people with extreme sweating from a medical condition, Botox is effective at reducing their sweat to a normal level. After seeing how effective this was at treating underarm sweat, some women began to use it on their scalps to prevent sweating and frizzy hair.

If you suffer from chronic migraines, Botox may be able to help. Ideally, it is used by individuals who have frequent headaches. Since the light sensitivity, pain and nausea of the migraine can be overwhelming, some doctors prescribe Botox. An injection of Botox every three months can help to freeze the nerves that are causing migraines to occur.

It would be wonderful to get the effects of a Houston facelift or breast lift without having to go under the knife. With Botox, a breast lift is entirely possible. The medication is injected in the muscle underneath the breasts. This muscle is normally the reason why you stoop over, and your posture can make your breasts appear to sag. By paralyzing this muscle, you stop leaning forward and your breasts appear higher.

If you have been suffering from muscle spasms, a Houston cosmetic surgery center may be able to help. Starting in 2010, the FDA began allowing doctors to use Botox to treat muscle spasms. Individuals who have spasms in their upper arms receive regular injections of Botox that help to freeze the nerves responsible for muscle twitching.

Although it has not been officially approved for this off-label treatment yet, Botox may be able to help rejuvenate your hair. As people age, their hair naturally starts to thin. A Los Angeles-based doctor, Dr. Simon Ourian realized this effect by treating his mother. At the time, Dr. Ourian was providing his mother with Botox injections in her scalp to reduce the pain of chemotherapy. Before long, they noticed that the hair she lost during chemotherapy had started to regrow. Although it has not been officially approved at this time, a number of doctors have started turning to Botox for hair rejuvenation solutions.

The Best Time For Cosmetic Surgery