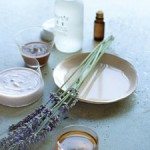 When you are constantly in the public eye, beauty is an integral ingredient for success.   Generally speaking, celebrities have to look their best.  Just think about all the premieres, award shows, and red carpet events they have to attend every year. Therefore, it should not come as a surprise that many celebrities visit med spa’s or have undergone cosmetic surgery.  However, not every celebrity agrees with the practice, and we wish that would change.

First, there is a group of celebrities that truly love plastic surgery.  Take “Teen Mom,” Farrah Abraham. In 2010, Abraham got breast implants.  Then earlier in 2012, she opted for chin implants and a rhinoplasty.   In some ways, you might describe her as a walking billboard for our industry.  However, she does not just positively promote the virtues of cosmetic surgery by having it done herself.  She also is doing her best to encourage others to go under the knife.   According to reports, the actress has implored her online fans to ask for plastic surgery as a Christmas gift.    As a cosmetic surgeon, we love her attitude and find it incredibly refreshing.

Then, there is Kris Jenner.   Earlier this year, the female celebrity aired her breast implant surgery on her TV show “Keeping Up With the Kardashians.” Then, on, 9/11, she went on the Today show and discussed her newly enhanced breasts. While it’s fair to debate whether 9/11 was the right place and time to have a serious discussion about breast augmentation surgery, what is not up for debate is the fact that this female celebrity is doing a lot to help educate people about cosmetic surgery.  She aired her breast implant surgery to help other women her age realize implants do not last forever, and backed that up with comments she made shortly after Thanksgiving. Basically, to paraphrase, Jenner said that women need a fresh set of breasts every 20 years.

However, other celebrities take the exact opposite stance of Abraham and Jenner.  That is, they absolutely despise the idea of getting cosmetic surgery.   In fact, nine Hollywood’s finest leading ladies have committed themselves to the idea of aging naturally going forward.   They are: Kim Basinger, Kate Beckinsale, Kate Winslet, Julia Roberts, Teri Hatcher, Lisa Rinna, Dana Delany, Rachel Weisz, and Emma Thompson.   Most of them have never even tried cosmetic procedures, and if we had the opportunity to speak with them, we would implore them to at least try it once before coming to such a negative conclusion.  However, while we still disagree with their viewpoint, Delany and Rinna have more ground to stand on in our opinion.   Rinna had silicone injected into her lips at 24, but developed scar tissue around her mouth.  In Delany’s case, her dermatologist injected Botox into her forehead, and a hematoma subsequently developed.   Those experiences would scar a lot of people for life so we can understand their reservations about cosmetic surgery. That said, what bothers us the most is Thompson, Weisz, and Winslet have combined their efforts to form the British Anti-Cosmetic Surgery League.   We realize that not everyone is going to like going under the knife, but starting an organization with the mission of stopping people from getting cosmetic surgery is taking things too far in our opinion.

Next, there is a group of celebrities that for years loved getting cosmetic surgery, but for whatever reason, have had a complete change of heart.   Sharon Osbourne is one of them. For years, she underwent various cosmetic treatments to look her best.  From Botox to breast implants, she knows what its like to be injected or go under the knife.  However, after looking at pictures of herself recently, she vows to never again get cosmetic surgery. That said, it makes us happy that she is not trying to discourage others from getting a cosmetic procedure.

Finally, there are some celebrities that for years refused to enhance their body through cosmetic treatments, but eventually decided to give the procedures a chance.   In 2011, Lorraine Bracco, formerly of “the Sopranos,” mentioned that while she badly wanted to do cosmetic surgery, she was afraid it would turn her into a “Picasso.” Fast forward to this year, and it is apparent that Bracco was finally able to overcome her fear of getting cosmetic surgery.   That puts a smile on our face.